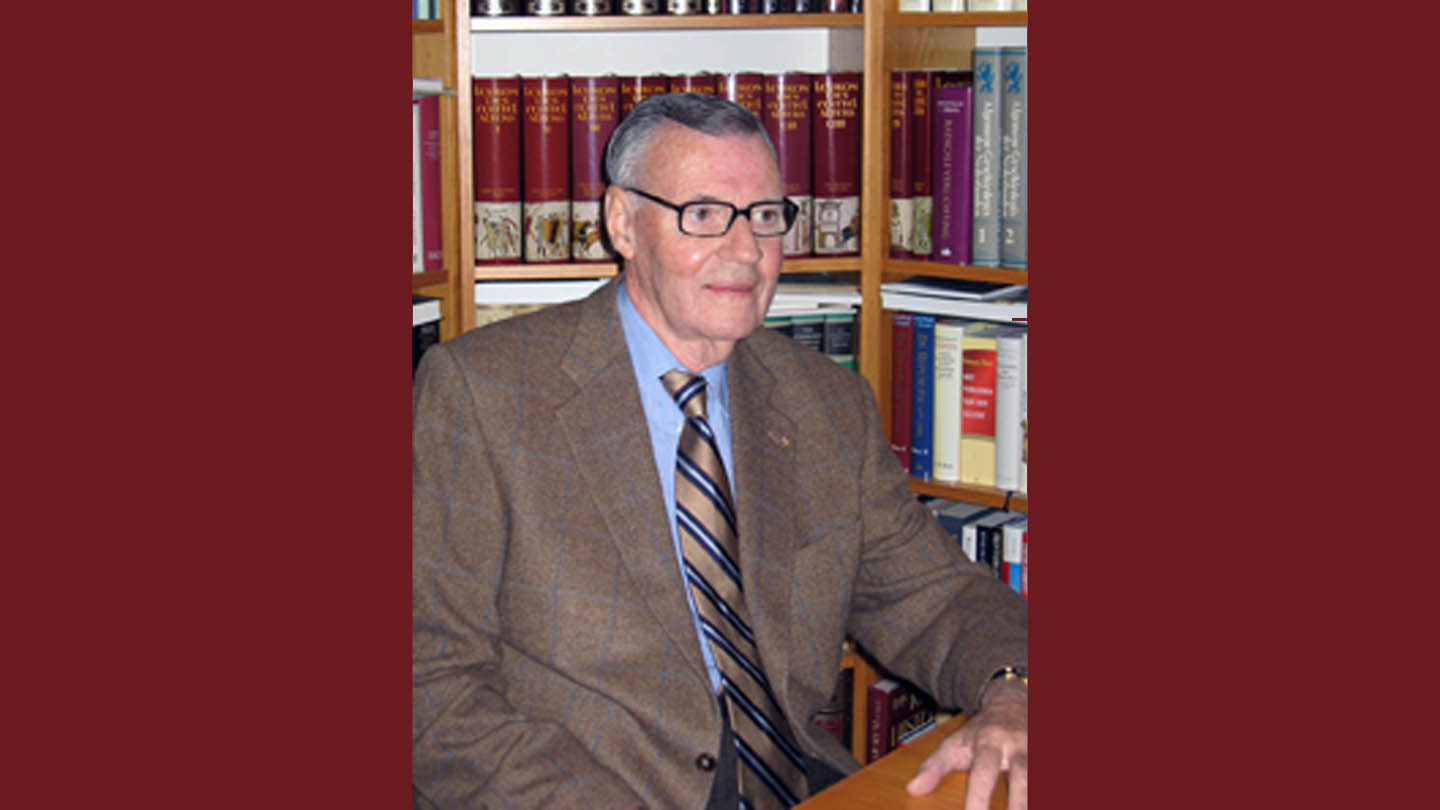 On December 1, 2018, Gijsbertus Willem de Wit passed away. He was first and foremost known to numismatists because of his extensive collection of medieval coins, which was sold in three parts by the auction house Künker in 2007/8. According to Bernd Kluge and his work on medieval numismatics, it is regarded as “the most important comprehensive collection of medieval coins sold in an auction since the Lord Grantley Collection (1855-1943).”

Prof. Gijsbertus Willem de Wit (he preferred to shorten his first name to G. W.) was born in Rotterdam on July 5, 1926. He taught physics at the University of Leiden in the Netherlands. From 1947 until his retirement, he worked at the “Nationale Levensverzekeringsbank” (later called Nationale-Nederlanden, now ING). At the same time, he taught insurance economics at the Erasmus University of Rotterdam.

However, his true passion was numismatics. His journeys to Italy in the 1950s and 1960s inspired him. He was amazed by the medieval sacred art and, to his surprise, he noticed that the Annunciation could be purchased in miniature but contemporary format on a Salut d’or of Charles I of Anjou. That gold coin laid the foundation for a collection of medieval coins, which would make his name famous amongst numismatists all over the world.

Italy remained the focus of his collection, but he began developing an interest in English sceattas in 1967. The latter were later sold en bloc to the Fitzwilliam Museum in Cambridge. The bracteates of the Staufer era, which art connoisseurs celebrate as masterpieces of the Romanic period, became another focal point.

In 2004, at the age of 78, Professor de Wit decided to part with his collection. His one condition was that it had to be adequately published, so as to offer help to other collectors who attempt to read up on the complex field. That is the reason why he wrote the historical comments himself, which have proven to be important contributions to research in some cases.

Now, G. W. de Wit has passed away. But with his collection, he has left a legacy that numismatists will continue to praise for decades on.