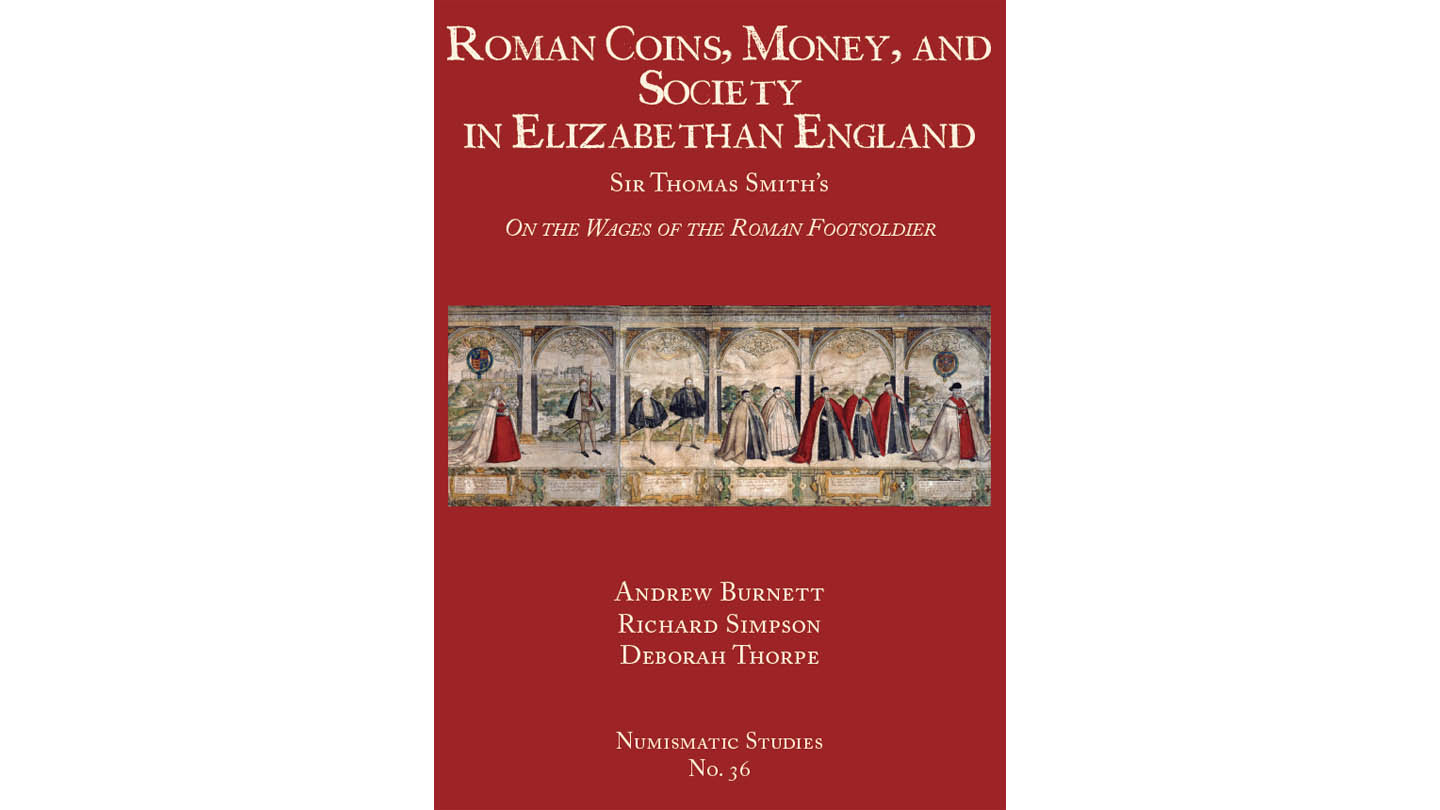 The idea of publishing Sir Thomas Smith’s On the Wages of the Roman Footsoldier (OWRF) grew out of the successful conference held at the Society of Antiquaries of London in December 2013 to mark the 500th anniversary of Smith’s birth. OWRF is virtually unknown to modern scholarship, and, although it is the first original work written in England to use the evidence of ancient coins, it has previously played no part in the history of numismatics. Yet it clearly deserves to be better known, both for that reason and for many others. It throws new light on the “Cambridge circle,” the group of academics-turned-politicians who played a crucial role in the smooth accession of Elizabeth I. It allows us to reconstruct something of the humanistic interest in numismatics, adumbrated earlier in the century by Tunstall and More, but otherwise only returning to visibility with the work of Camden, Cotton, and the Elizabethan College of Antiquaries. It provides another strand to our knowledge of the importance of the Roman precedent in both influencing contemporary thought and having a direct bearing on contemporary politics.

Sir Thomas Smith, like many of his works, has also slipped from public awareness, overshadowed in the modern imagination by contemporaries like Cecil, Walsingham, or Gresham. Yet Smith was one of the most important politicians and intellectuals of the day; a brilliant academic career at Cambridge was followed by his active participation in politics under Edward VI, Mary, and Elizabeth. He played a leading role in the controversial reform of Greek pronunciation, he introduced a new style of continental architecture to England, and he wrote analyses of the politics of his day, including his views on the relations between the monarch and parliament, views which were to be seized on in the crisis of the 17th century in a way which would no doubt have startled Smith, had he lived to see it.

For this reason the publication of the OWRF is accompanied by Richard Simpson’s personal and intellectual biography of this most important of the “missing persons” of the 16th century. The biography is intended partly to remedy some of the misconceptions about Smith, but, more importantly to set OWRF and his other writings in a coherent  biographical framework.