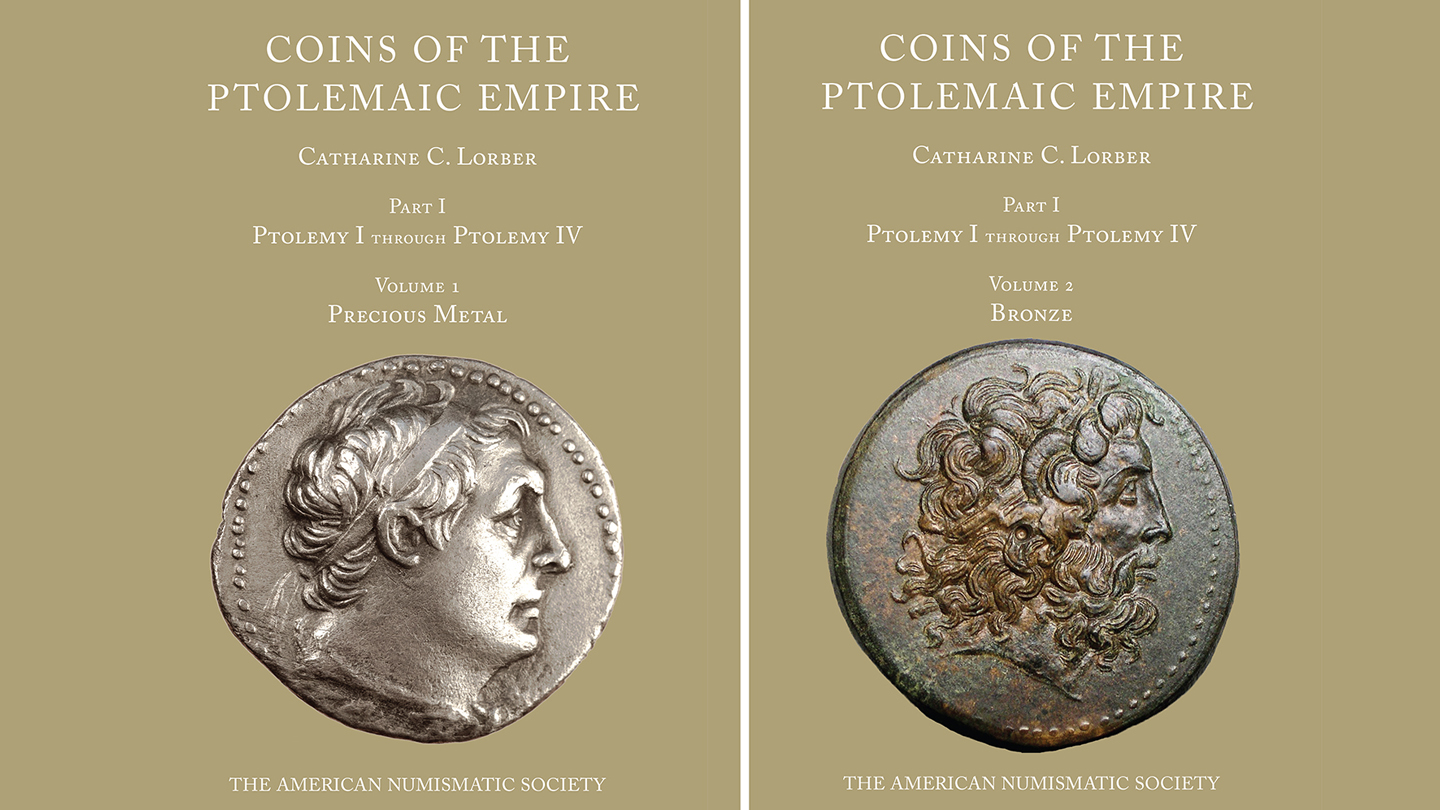 Coins of the Ptolemaic Empire, Part 1, Volumes 1 and 2 (Precious Metal and Bronze) by Catharine Lorber, is the massive, long-anticipated catalogue of coins struck by the first four Ptolemaic kings. It essentially rewrites the sections on these rulers in J. N. Svoronos’ classic, but now much out of date, Ta Nomismata tou Kratous ton Ptolemaion (1904). The body of coinage catalogued by Svoronos is enlarged by more than 300 further emissions in precious metal and more than 180 emissions in bronze, recorded from subsequent scholarship, from hoards, from commercial sources, and from private collections, and constituting about a third of the total catalogue entries. Lorber’s attributions, dates, and interpretations rest on numismatic research since Svoronos, or on the latest archaeological and hoard information. She also provides extensive historical and numismatic introductions that give the coins deeper context and meaning. The coinage of Ptolemies I through IV is supplemented by a few issues possibly attributable to Cleomenes of Naucratis, the predecessor of Ptolemy I in Egypt, as well as by coinages of Ptolemy Ceraunus, Magas, and Ptolemy of Telmessus, members of the Lagid dynasty ruling their own kingdoms outside of Egypt.

Catharine Lorber holds a BA in Classical Greek from UCLA. She spent nearly 40 years as a cataloguer in commercial numismatics, from the early 1970s until her retirement in 2009. As an independent researcher she specialized in the publication of coin hoards as well as studies pertaining to North Greek, Thessalian, Judaean, Seleucid, and Ptolemaic coinages. Her most important previous contribution was in the Seleucid field, in collaboration with Arthur Houghton: Seleucid Coins: A Comprehensive Catalogue (Part I, 2002; Part II, 2008, with Oliver Hoover as a third coauthor). Her book credits also include Amphipolis: The Civic Coinage in Silver and Gold (1990). Since 2000 Lorber has published more than 40 papers and book chapters treating Ptolemaic coinage or iconography