A Life’s Work: The Rainer Opitz Collection “Reformatio in Nummis”

The catalogue of the Opitz collection has been published. The six-volume work comprises exactly 3,577 pages with more than 6,000 objects, which were collected by Rainer Opitz in about 40 years on the subject of “Reformatio in Nummis”.

The six volumes comprise exactly 3,577 pages, which were necessary to catalogue the Rainer Opitz collection in an appropriate way. They contain more than 6,000 objects, which were gathered in about 40 years by the collector with extensive knowledge and commitment. This catalogue published by Numismatischer Verlag Fritz Rudolf Künker GmbH & Co. KG is a new standard reference.

At least since the auction of Prof. Robert Whiting’s collection in 1983, “Reformatio in Nummis” has been a very popular topic among collectors. It became even more widespread and relevant because of the 500th anniversary of Luther’s posting of the theses in 1517.

The Reformation is of unique importance. It is not without reason that some historians consider it to be the beginning of the modern era. There is almost no other event that had such a large impact on the history of the western world. Thanks to the desire of many believers to read the translation of the Bible in their own national language, reading literacy spread to circles previously excluded from all kinds of education and many exclusively spoken languages were adapted to the new printing technique for the first time. The numerous single-sheet prints, with the help of which the key messages of the Reformation were promulgated, did not only promote the spread of the printing press but also made the publishing sector become a profitable industry. Therefore, within a short amount of time each university town had several printing houses. The disputes caused by the Reformation did not only bring the victory of the territorial state over the state as association of persons, but also a competition between the religions for moral superiority, which had far-reaching consequences on the personal piety of the population. Last but not least: The fact that numerous groups refused to submit to the religion of the majority resulted in the establishment of permanent settlements in new regions of the world.

All this has left numismatic marks. With the publication of the catalogue of the Rainer Opitz collection, the auction house Künker is pleased to present a comprehensive work, which contains everything that is related to the topic of the Reformation.

The content is divided into six heavy-weighted volumes. These comprise:

Within the subgroups the material is sorted according to the time of its minting.

There is a historic theological comment about almost every person and every event that enables collectors to understand how they are connected to the Reformation. Each object is documented with an excellent photo made by Robert Raithel from Leipzig. Only the main types have their own number, the varieties struck from different metals are listed in the form “a-number”.

Each object is described according to all the rules of numismatics. Descriptions in foreign languages are translated. Not only the scholarly literature is given but also the occurrence of the piece on the auction market.

Where it is necessary, a numismatic comment supplements the information.

Three authors are responsible for the creation of the texts.

Among them is Klaus-Peter Brozatus, who already edited the annotated inventory catalogue of the collection of coins and medals of the Luther Memorials Foundation of Saxony-Anhalt relating to the history of the Reformation published at Künker in 2015.

The second author, Elisabeth Doerk, has been working as a numismatist at auction house Künker since 2014. She has been enthusiastic about the connection between the Reformation and numismatics since she played a leading role in the organization of the exhibition “Reformatio in Nummis” at Wartburg castle.

The third author is Detlev Hölscher. He did not only write numerous texts but was also responsible for the final editing. To everybody who deals with coins Detlev Hölscher is known as an extremely diligent numismatist, who wrote numerous auction catalogues that are today considered standard references. The best-known is probably his catalogue of the Weweler collection “Lippia in Nummis”. 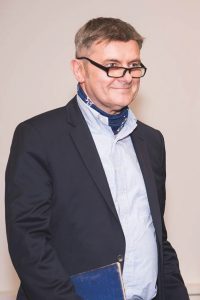 Dr. Rainer Opitz (1954-2019) collected coins and medals since his earliest youth. In 1969 he purchased his first Reformation medal. It was a medal dedicated to the 450th anniversary of the Reformation.

In 1981 one of his friends, a collector, encouraged him to devote himself entirely to this topic and to develop a collecting system. This might be one of the reasons why Rainer Opitz wrote his dissertation about the relation between religion and the military (“Das Verhältnis zwischen Religion und Militär”).

After a little more than a decade in the private sector, Rainer Opitz founded his own service company at the beginning of the 2000s, whose economic success enabled him to be active as a collector in such a systematic and extensive manner that he was able to collect more than 6,000 objects.

Rainer Opitz was enthusiastic about the subject and it was very important for him to share his enthusiasm with others. That is why he initiated – in collaboration with the auction house Künker – not only the publication of the collection of coins and medals of the Luther Memorials Foundation relating to the history of the Reformation, but also an exhibition that took place from 3 May 2014 to 31 January 2015 at Wartburg castle. Thus, more than a quarter of a million visitors had the opportunity to see this exhibition at no cost as part of their tour.

The Collaboration of Rainer Opitz and the Auction House Künker

It was very important for Rainer Opitz to make his collection accessible to a large community of collectors. When he decided in 2012 to sell his collection via the auction house Künker in Osnabrück, they agreed to not only publish the auction catalogues but also a scholarly catalogue.

Unfortunately, Dr. Rainer Opitz did not live to experience the publication of this catalogue. He died on 7 February 2019 at the age of 64.

The quote written on his obituary notice could be the motto of this comprehensive catalogue, which outshines all standard references that have been published on this subject so far:

To achieve the possible, we must attempt the impossible again and again.

Postage and packaging within Germany amount to 15 euros. If you are living in another country, please ask the auction house Künker about the postage costs.