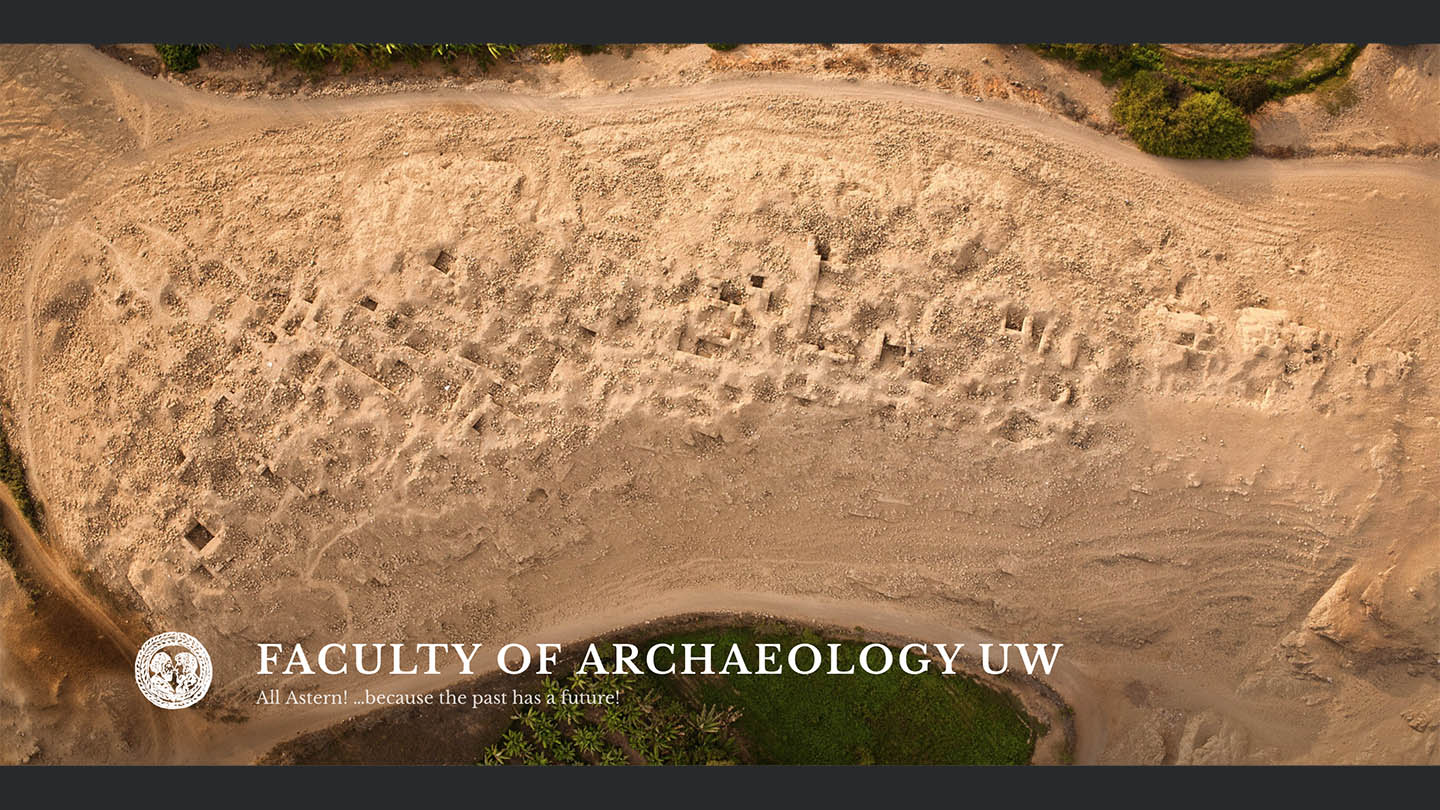 Please note that if this proves necessary, we will hold the entire Conference online and we will contact session organisers before the end of February to confirm the final details regarding the format.

At the annual conference of the University of Warsaw Institute of Archaeology held in December 2016, we presented the research plan for the interdisciplinary project Imagines Maiestatis Barbarian Coins, Elite Identities and the Birth of Europe (IMAGMA), then being launched within the Polish-German programme Beethoven, now concluded after four years of cooperation with the team from the German Archaeological Institute.

But interest in imitations of Roman coins produced outside the Empire is shared by a much wider circle of scholars, and goes far beyond the chronological and geographical horizon set by us within the IMAGMA project. The subject itself has a highly relevant comparative dimension, as on the one hand it highlights traits shared by communities living beyond the Roman Empire which can be identified with the impact of Rome, and on the other dissimilarities rooted in local traditions and the ways in which coins played a role in interaction with the imperial power.

The session will bring together researchers directly involved in the IMAGMA project with specialists concerned with imitative coins from the Caucasus region, the Indian subcontinent, Central Asia, etc., across a wider chronological time span, in order to compare our research results with their findings. The encounter will provide an excellent opportunity to discuss the perspectives for future research on imitations and copies of Roman Imperial coinage, as well for the development of an on-line corpus of the material.

Speakers and papers with abstracts:

This contribution will summarize the effects of the Polish-German project “IMAGMA” implemented over four years as part of the Beethoven program. One of the results is the initiation of another project on Barbarian counterfeiters. It will also present the basis for the creation of an online database of Barbarian coins.

Among numismatists the word imitation is used to describe a wide range of very different phenomena. “Imitations” of Roman coins produced in the northern Barbaricum will be considered against the background of the use official Roman coinage in the region in order to understand what exactly what was being imitated, and to what extent and in what ways they are in fact an original creations.

Among the wide variety of gold imitations of Roman coins found in Eastern Europe, three coins stand out, on the obverse of which there is a stylized portrait of Gallienus and the legend GALLIENVS PF AVG, and on the reverse an eagle with raised wings and the legend PERCVSVS VIMINACIO. One coin was bought for the Numismatic Cabinet of the Imperial University of St Vladimir (Kiev, Ukraine) in 1857, another was known from a Ukrainian private collection (the image has not survived), and the third coin was discovered in 2019 near the village of Solobkivci, Chmielnicki oblast (Ukraine). It seems probable that these coins were produced in Viminacium (as indicated by the legend of the reverse) by an unofficial workshop especially for barbarians, somewhere between the late AD 260s and 294.

In all periods and regions we repeatedly encounter particularly curious examples of imitations of ancient coins. Without additional information, for example about their archaeological context, the question arises as to whether these coins are contemporary imitations, or rather contemporary or modern forgeries. This paper presents six imitations of an aureus of Septimius Severus for Iulia Domna (RIC IV-1 no. 540) which raise exactly these questions and will try to answer them by combining different information.

While only a few Roman medallions have been discovered in Scandinavia, numerous imitation medallions demonstrate that the type must have been appreciated to such an extent that additional examples were desired. A new type of object, the Scandinavian Migration Period gold bracteate, replaced medallions and their imitations. These bracteates betray their dependence upon Roman medallions as the inspiration for their gold content, small size (but not their weight), round shape, looped pendant function, inscriptions (changing from runes to Latin), and – to a certain extent – their imagery. Yet typical medallion characteristics were eventually replaced to meet Scandinavian needs. I will discuss at what point an object is no longer an imitation of something – when does it cross a line to become something else, a new type that eventually becomes disassociated from the model. I will examine the role of admiration or appreciation for things Roman that seems to have been the impetus for the emulation of medallions in Scandinavia and also investigate the disparities that separate medallions from bracteates, perhaps due to the desire to inject local patterns and traditions into an otherwise foreign form.

A great variety of Barbarian imitations of Roman denarii of the Antonine dynasty have been recorded. At present, based on accessible numismatic and archaeological data, we can define possible workshops (e.g. by describing die-links), distribution patterns or centres of production, and date the phenomenon (or phenomena) of the manufacture of these imitations. The ample evidence from finds from Ukraine, and to a lesser extent from Central Europe and Scandinavia, provide an opportunity to develop very interesting studies not only on die-links of these imitative denarii, but also on phenomena connected to their use and distribution.

In the coin finds on the left bank of the Rhine, only a few indications of precious metal coins manufactured in the Barbaricum can be found compared with the numbers from the right bank. The practice of piercing is not only known for the barbarian imitations, but it is also found on official Roman gold and silver coins. These coins thus also bear a feature that can be considered Germanic or Barbaric. Therefore, first an overview of the pierced official Roman coins find on both sides of the Rhine will be presented, then the distribution of the two groups will be compared and commented on.

Within the finds of hoards of late Roman and early Byzantine solidi, there is a small group of barbaric coins which are impossible to link to any known existing mint in the Roman Empire or to any of the barbarian kingdoms established on its ruins. These coins have some common elements (e.g. degenerated legends, obverses and reverses taken from different coins), and a few of them share common dies which can be identified on Gotland and Bornholm, and in Pomerania. This paper will present them briefly and propose a chronological arrangement.

During the last five years, the Ossoliński National Institute in Wrocław has purchased several gold, silver and gilded imitations of Roman coins from the East Germanic circle. Closer studies of these coins resulted in further observations that can add to our understanding of the productions of such coins. Gilded coins appear to be especially interesting in this context.

In 2020 the Polish team of the IMAGMA project had the opportunity to conduct research on an extensive set of gold barbarian imitations, a part of the Avrvm Barbarorvm collection that was sold at the Swiss auction house “Leu Numismatik” in 2019. The specimens discussed belong to the Chernyakhov group of gold and gold-plated imitations, which have been found in large numbers on the territory of present-day Ukraine. In addition to numismatic analysis, several non-invasive studies were carried out on the coins: the study of the chemical composition by XRF, the study of the surface of coins using an electron microscope, and documentation using Reflectance Transformation Imaging (RTI) method and 3D-scanning.

The results of the chemical and lead isotope analysis of 18 imitations of Roman denarii were analysed against the background of data for over 300 official Roman denarii, as well as a number of coins from north Pontic mints. Several groups of imitations can be identified on the basis of the results, which in some cases correspond to the signatures of official Roman denarii. The implications for our understanding of the source of metal for the imitations will be discussed.

To characterize (and also to attribute and to determine the manufacturing processes), the barbarian imitations of coins of the Late Roman period have been analysed using the PIXE, XRF and XRD techniques. A study of the features of the technological processes used in manufacturing the coin copies made in two “barbarian workshops” (Kormilcha and Abrykosivka, Khmelnytskyi region) has been started.  The coin imitations, copies and Roman coins have been compared. XRD analysis was performed to clarify the mechanisms of patina formation and its possible influence on the analysis results.

A part of the coinage now recognised as Gepidic is characterised by typologies that are not only imitative. In these types religious images that are clearly Christian emerge for the first time in ‘Barbaric’ Europe. Several elements suggest that these coin types should be placed in the last phases of Gepids’ coinage, corresponding to their dispersion after the defeat suffered in 567 at the hands of the Lombards and Avars.

The paper deals with the North Caucasian imitations of Roman denarii of the walking Mars type found during excavations at Phanagoria and Panticapaeum. The coins date from the mid-3rd to early 4th century AD. A growing number of such finds in Phanagoria, Panticapaeum, Cytaeum, etc. indicates that they were part of the monetary circulation pool of the Bosporan cities, together with contemporary original Bosporan issues. Such coins arrived in the Taman Peninsula and the Crimea from the south-eastern periphery of the Bosporan Kingdom, where they were minted by the Sarmatian Alans.

Aurei and Augustan denarii formed the bulk of the money in circulation in Kartli/Iberia (East, South and Southwest Georgia). From the middle of the 3rd century AD Roman gold coins were imitated locally, as well as the well-known denarii of Augustus with Gaius and Lucius Caesars on reverse. The reason was the severe Imperial crisis of the 3rd century AD which limited the supply of Roman money to Iberia. On the other hand, Iberian kings were facing local demands and so issued these debased imitations. Some specific gold hybrids have been found in western Georgia (Colchis/Lazica in the past) as well as a small number of Augustan imitations. It seems that there were no local imitations of Roman coins circulating in Armenia and Albania (modern Azerbaijan).

16. Emilia Smagur (Faculty of Archaeology, University of Warsaw)
The iconography of Indian imitations of Roman coins

The paper will explore various aspects of the iconography of Indian imitations of Roman aurei. The reception of Roman motifs, as well as their meaning in Early Historic India, will be explored. The process of “Indianization” of Roman coin designs will be presented as well.

Altogether about 110 objects have been registered in Western Central Asia that can qualify as Roman and Byzantine coins and their imitations. Of the plethora of questions raised by these finds we will tackle three here: (1) the way by which the hoard of Roman silver denarii found in kishlak Mujum could come to Central Asia; (2) the role that late Roman third brass could play in Central Asian monetary circulation; (3) two copper coinages in Chach and one in Ferghana valley that started by reproducing the images of early Byzantine gold solidi.